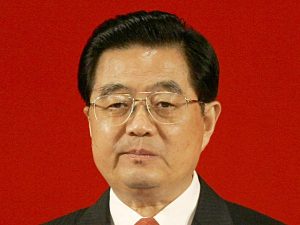 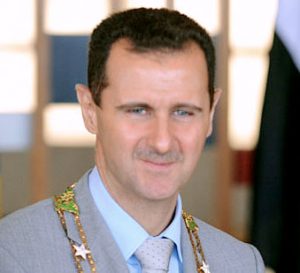 China and Russia on Saturday vetoed a Security Council resolution supporting the Arab League peace initiative and transition plan in Syria, even after it had been watered down to meet their objections. The 13 remaining members of the Security Council voted in favor of the resolution, including India and South Africa.

Many will now continue to die daily in Syria, as the al-Assad regime seeks to smother civil opposition with brute force and terror.

The obstruction of Security Council action on the issue of Syria, against the wishes of the rest of the international community, is particularly disappointing. Each of the Security Council’s Permanent Members (China, France, Russia, United Kingdom, United States) has enormous responsibility to the world as a whole, not just to the narrow interests of their own country.

It is particularly disappointing to see China in an obstructionist role in the Security Council, just as Hu Jintao’s heir apparent, Xi Jinping, comes to Washington in mid-February. If the world is going to be a reasonably governable place, China will have to assume the role of responsible world leader, not just that of a sheepish follower of Russia which looks the other way as thousands are slaughtered.

For, as noted in an earlier article,

Today we can see clearly the dividing lines between nations, between the democracies and those countries that at least are moving in transitions toward democracy, on the one hand, and those countries such as Libya and Syria which employ terror against their own citizens to retain their hold on power, on the other.

What has changed is the spread throughout the human population of universal ideals of respect for the human person, observance of fundamental human rights by governments, and a demand for democratic government and accountability. There are new demands for an end to corruption in closed societies, in which new generations see their chances for advancement blocked by those who cling to power by terror and the use of force.

The advent and exponential growth in penetration of the Internet, satellite television, mobile phones, and the ever-quickening pace of technological change itself, particularly in regards to communications and connections among people, have spread ideas and ideals, deepened awareness of events in other parts of the world, accelerated demands for change, and made it increasingly hard to hide acts of barbarism behind walls of secrecy.

The new battle lines have been drawn. Now we can see in sharp relief that our greatest opponents are those who use state terror and other forms of political terror and mass crimes against their own populations to seek or stay in power.

And it is manifest that our truest allies are those governments, groups and individuals which respect the sanctity of the human person, and the fundamental human rights that enable individuals to live together freely and in harmony in democracies governed by the rule of law.

–The Trenchant Observer, “Repression in Syria, and the spread of universal ideals throughout the world,” May 11, 2011

The Chinese veto of the Security Council resolution on Syria on February 4, 2012, on the eve of Xi Jinping’s visit to Washington in mid-February, is an awfully sorry note on which to begin the relationship between the new generation of Chinese leaders led by Xi Jinping and U.S. leaders in Washington.

For recent and earlier aticles on Syria, please use the Search Box on the main page, which can be accessed by clicking on “The Trenchant Observer” at the top of this page.

Obama’s foreign policy juggernaut, including Tom Donilon, and the risks of hubris (updated)