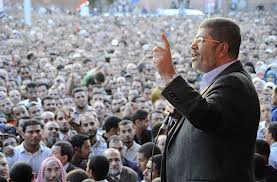 With the Muslim Brotherhood’s recent coup d’etat in Egypt, following on other measures it has taken in the last year, a dark pall has fallen over the Middle East.

A historic failure of U.S. leadership has not been the only cause, but it has left the advocates of modernity and democracy without a champion.

It is tragic that President Obama and the United States have not spoken out strongly, unequivocally, for restoration of the rule of law in Egypt.

Historians will have to sort out the causes of the decline of the influence of the West in the Middle East in the last few years, but surely American disinterest and unwillingness to get involved–in solving the Palestinian issue, or dealing with the barbarism of Bashar al-Assad in Syria–will weigh heavily in their accounts. With the United States in retreat since at least March of 2011, the region has been falling into anarchy and the hands of Islamic parties which, collectively, could potentially lead to the establishment of Islamic dictatorships throughout the region. Egypt is of extraordinary significance, for it is the cultural capital of the Arab world.

We are currently witnessing what happened in Iran–as it is actually happening, day by day, in Egypt.

The democratic promise of the Arab Spring, including the overthrow of tyrannical regimes in Tunisia and Libya, has not engendered the financial and other support from the West and other countries that might have helped sustain it, something like a Marshall plan for the New Democracies of the Middle East.

As the Muslim Brotherhood and Mohamed Morsi have just executed a coup d’etat in Egypt, the West—including the United States—stands leaderless, paralyzed, unable to react or to attempt to influence the rush of events in that country.

The United States and the West could consider blocking a $4.8 billion standby loan agreement between the IMF and Egypt, for example, if Morsi does not rescind his constitutional decree and the Brotherhood’s headlong race toward adoption of a constitution without the support of non-Islamic parties. But no one in Washington seems to be paying attention or to be thinking that fast.

Students of history may recall that Adolph Hitler came to power through free elections, but moved swiftly to control or eliminate potential opponents through a process known as the em>Gleichschaltung), or forced coordination.

Above all, the failure of the United States to openly lead a coalition to halt Bashar al-Assad’s atrocities in Syria has resulted in a loss of respect and influence in the region, while producing a covert program of supplying arms to the Syrian rebels through deeply conservative regimes whose interests seem to lie not in democracy, but in defeating Shia’s and empowering conservative and Islamist Sunni militias.

The cumulative policy failures and ongoing withdrawal from Afghanistan, leaving that country in conditions whose dire consequences are likely to be felt, if not immediately at least in the not-too-distant future; and the strategic failure in Iraq to achieve the administration’s central goal of a status of forces agreement–when the U.S. had leverage–and the resultant withdrawal of all U.S. forces leaving the gains from that war to unravel, have given the impression that the West is in retreat, contributing to a sense of impending doom.

Hamas celebrates victory as a result of the Egyptian-brokered truce agreement following its bombardment of Israel with rockets and Israel’s response, while Palestine is granted U.N. Observer status at the U.N., an implicit recognition of a Palestinian state achieved not through negotiation with the Israelis, but through negotiations in the corridors of the U.N.

Everywhere, supporters of democracy and modernity seem to be suffering a sharp decline in fortunes and influence. Unwilling to take a stand for their values in Syria, U.S. and Western supporters should perhaps not be too surprised now as those values are pushed aside.

The Benghazi fiasco is emblematic of the failure of U.S. policy in the region. Its significance is that, like a wartime flare on a dark night, it illuminates the administration’s policy failures throughout the Middle East, how they are connected, and how their consequences are all coming together as they did in Benghazi on the night of September 11, 2012.

The situation is ominous. One is reminded of the “The Second Coming”, William Butler Yeats’ celebrated poem written after World War I, which reads as follows:

Surely some revelation is at hand;
Surely the Second Coming is at hand.
The Second Coming! Hardly are those words out
When a vast image out of Spiritus Mundi
Troubles my sight: somewhere in sands of the desert
A shape with lion body and the head of a man,
A gaze blank and pitiless as the sun,
Is moving its slow thighs, while all about it
Reel shadows of the indignant desert birds.
The darkness drops again; but now I know
That twenty centuries of stony sleep
Were vexed to nightmare by a rocking cradle,
And what rough beast, its hour come round at last,
Slouches towards Bethlehem to be born? 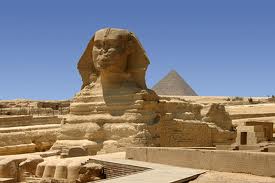 After G-8 “agreement on Syria”, the fighting continues—Obama’s Debacle in Syria — Update #41 (May 23) REVISED

The Clock is Ticking: U.S. Application of the Torture Convention

Chinese and Russian Vetoes of 4 February 2012 Security Council Resolution on Syria (including video, text of resolution, break-down of vote, and transcript of proceedings)—Syria Update #4